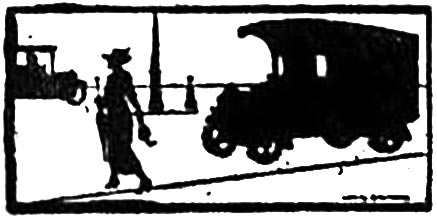 On November 13th, 1926, Mary Poppins made her first appearance in a short story written by Pamela Travers for The Sun, a local newspaper in Christchurch, New Zealand.

While Travers had published two earlier stories for The Sun which would later become the basis of chapters in subsequent Mary Poppins adventures, this was the first appearance of the character herself — undeniably recognizable despite a few key differences, namely, her age: the underneath nurse called “Mary Poppins” is only seventeen years old in this iteration of the story, which would become the second chapter of the first Mary Poppins book.

How does 1926’s “Mary Poppins And the Match-Man” compare to 1934’s “The Day Out”? Pop into our comparison page to see the texts side-by-side.

Aside from her age, the largest discrepancy is a thematic one which belies the evolution of Traver’s mindset throughout the course of her life: despite insistence to the contrary later in life, in this story, Mary Poppins and Bert the Match-Man both blatantly love each other.

According to biographer Valerie Lawson in her book Mary Poppins, She Wrote, Travers came to regard this chapter as “false” and “the weakest of all her Mary Poppins adventures.” But as a young writer of twenty-seven, she clearly had no issue defining their relationship.

More delicious is the content of this originating Poppins adventure: Mary’s “Day Out” is clearly the basis for the “Jolly Holiday” sequence in the 1964 Disney film adaptation. This is a sequence that notoriously irritated Travers. Even in later years, upon revisiting the film for only a second time, she recognized many of its virtues in hindsight as she was writing the screenplay for its sequel in the mid-1980s. Yet, even then, “Jolly Holiday” remained a sore spot for the elder Travers.

What was it about this originating tale that so burned her into retroactive disavowal? I leave that for biographers to speculate. At least, finally, after more than a decade of searching, we have access to the full text of “Mary Poppins And the Match-Man” thanks to the kind help of Wendy Riley at Lost Christchurch and her wonderful article Was Christchurch the birthplace of Mary Poppins?

MaryPoppinsAndTheMatchMan.com was curated by Nick Tierce.